“Signarama‘s sponsorship isn’t just about putting our logo on a program name, it’s our way of connecting with the loyal, engaged and diverse audience that make up our customer base. Last year, we were blown away by the response of the World Axe Throwing League Championship. As this sport continues to grow and reach new audiences, we look forward to sharing the fun and action with everyone on December 6," said A.J. Titus, President of Signarama. 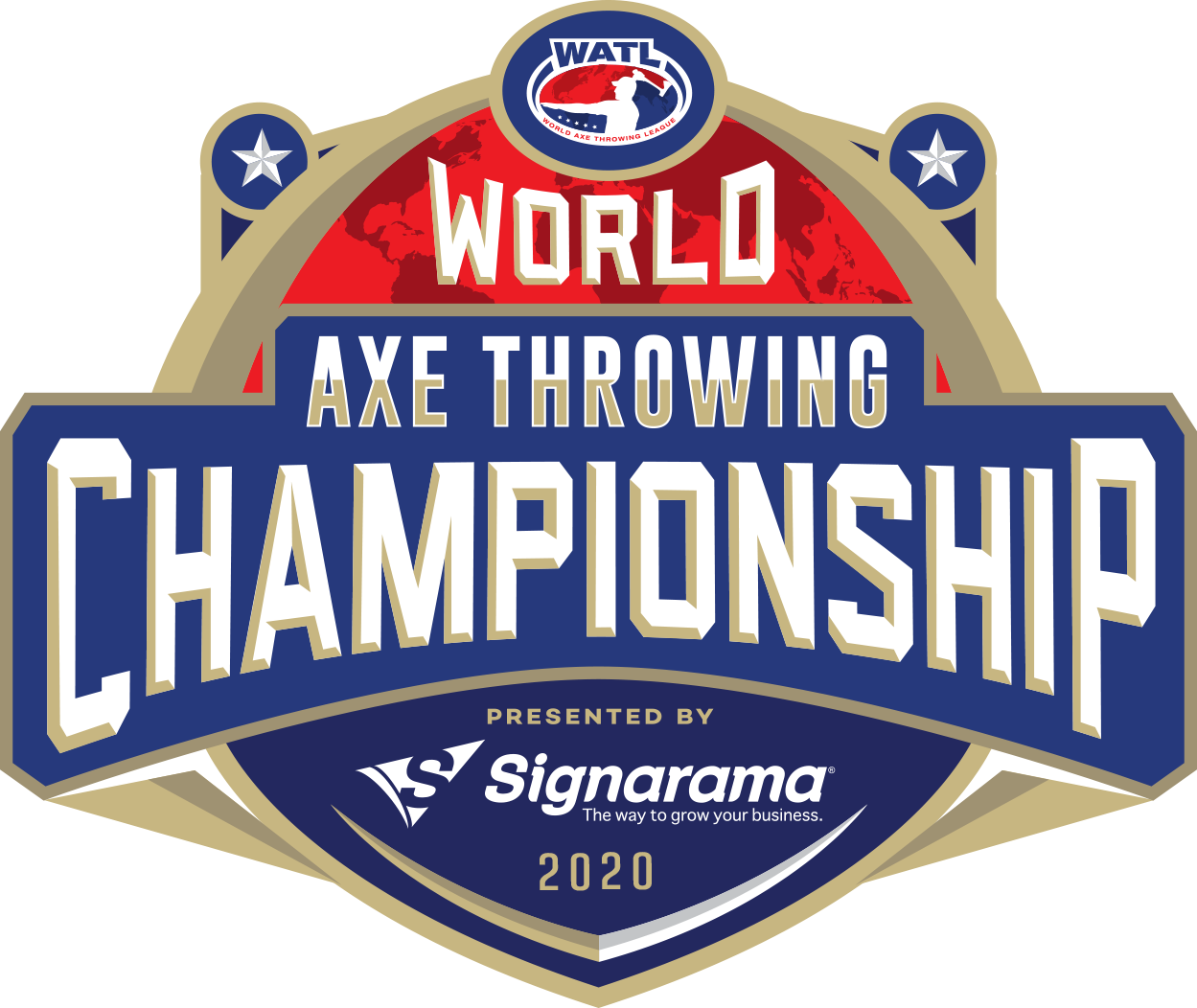 The 2020 Signarama World Axe Throwing Championship will air live on ESPN3 on December 6 at 2 p.m. ET. Viewers will have the unique opportunity to watch the final six competitors throw live, including the chance to win the title of World Champion and the prize pool of $50,000. This year, WATL will also televise the World Championship for Big Axe competition and Duals where two competitors throw on the same target and compete against another two competitors.

What started as a mission to create a forum for axe throwing facilities to establish official rules and regulations, the World Axe Throwing League has grown to 28 countries, over 266 affiliates and more than 300 locations worldwide since its inception. Today, the League is the largest professional association for axe throwing in the world.

"We're excited to have Signarama be this year's title sponsor for a second year. With their ongoing support, we are confident that this will be the best televised event we’ve ever produced," said Mario Zelaya, Commissioner of the World Axe Throwing League.

Signarama is part of a successful system of franchise brands under the United Franchise Group (UFG), and based in West Palm Beach, Florida. UFG has more than 1,600 franchisees in 80 countries worldwide.

﻿
ABOUT WORLD AXE THROWING LEAGUE The World Axe Throwing League (WATL) is the global governing body of urban axe throwing. WATL was founded in 2017 by representatives from Canada, the United States of America, Brazil and Ireland. It has 25 axe throwing nations with affiliates. It organizes international tournament events such as the US Open, Canadian Open and most notably the World Axe Throwing Championship.
ABOUT SIGNARAMA Signarama, the world’s largest sign franchise, offers branding and messaging solutions in addition to comprehensive sign and graphic services to consumers and commercial customers – from business signs, vehicle wraps, and digital signs, to advertising and marketing services. Signarama is part of a successful system of business-to-business franchise brands and development services under the United Franchise Group (UFG). As part of a $49-billion-plus worldwide sign market, Signarama has been at the forefront of the sign industry for over three decades. With more than 700 locations in 60 countries. For more information, visit signarama.com.
﻿
Contact Details
﻿
Brittny Fuchs
﻿
+1 561-812-6032
﻿
bfuchs@ufgcorp.com
﻿
Company Website
﻿
https://signarama.com/