Esports have burst into the mainstream in recent years, transforming from a vibrant niche to a central form of entertainment around the world. Last year, there were more than 1.2 billion hours of esports consumed, with audience numbers expected to double by the year 2023. Sponsors have taken notice. Verizon’s recent sponsorship deal with Riot Games, maker of popular game League of Legends, is just another indication that esports is here to stay. Recently, Naz Aletaha, Head of Global Esports Partnerships & Business Development at Riot Games, participated in a nationwide satellite media tour to discuss the rise of Riot Games’ esports titles globally.

A video accompanying this announcement is available at: https://youtu.be/pKnRoHYSYCo 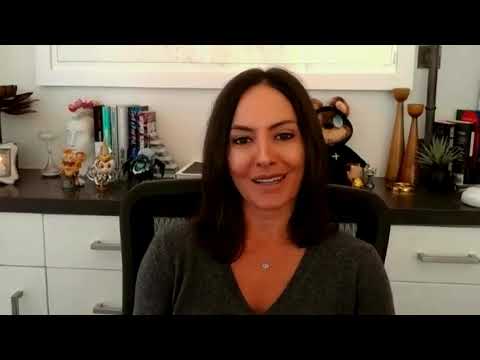 Naz Aletaha of Riot Games Discusses the Popularity of Esports, the Recent Partnership with Verizon, and What’s Next for the Industry
﻿

Riot Games announced that two of its biggest esports events of the year will take place back-to-back this May in Reykjavík, Iceland. Additionally, as Riot Games continues to expand its esports footprint, the company has expanded its partnership with Verizon as the Official 5G Partner, supporting both LoL Esports Global Events and VALORANT Esports.

Fans can follow @lolesports on Twitter and visit lolesports.com for more info on MSI, including a list of qualified teams and broadcast schedule. The latest information about Masters 2 and the VALORANT Champions Tour can be found at @valorantesports and playvalorant.com.

As head of global esports partnerships at League of Legends publisher Riot Games, Aletaha has helped take esports from a niche competition to the fastest-growing global sport, drawing interest and investment from the traditional sports and entertainment industries. Aletaha has secured sponsorship agreements with some of the most valuable world-class brands including Louis Vuitton, Red Bull, State Farm, and Mastercard, as well as the single biggest media-rights agreement in the history of esports. The first-generation daughter of Iranian immigrants, Aletaha applied her passion for gaming and entertainment at Sony Motion Pictures and Activision prior to her current role at Riot Games.

LoL Esports is a premier global sport that has attracted the attention of millions of fans around the world since 2010. More than 800 players on 100+ professional League of Legends esports teams compete across a dozen leagues globally. Within each regional league, teams compete against one another over the course of two seasonal splits in hopes of earning regional titles and championship points. Regional placements and championship points are used to qualify teams for the two major international competitions: the Mid-Season Invitational and the World Championship (known as Worlds). To close out a season, fans vote for their favorite players from each league to attend the All-Star Event where players enjoy a weekend of friendly competition. For further information, visit: www.lolesports.com and www.lolesportsmedia.com.

About the VALORANT Champions Tour:

After a record-breaking closed beta that saw more than 1.7 million peak concurrent viewers on Twitch, VALORANT quickly established itself as the fastest growing esport of 2020. To support the competitive scene, Riot Games launched the VALORANT Champions Tour, a year-long, global circuit featuring three levels of competition: Challengers, Masters, and Champions. Teams compete through regional Challengers events, then qualify into international Masters events, with the goal to earn a spot at Champions, a two-week long tournament where one team is crowned the VALORANT Global Champion. The season-long competition tour will feature competitions in North America, South America, Europe, Asia, and Australia.

﻿YourUpdateTV is a social media video portal for organizations to share their content. It includes separate channels for Health and Wellness, Lifestyle, Media and Entertainment, Money and Finance, Social Responsibility, Sports and Technology.